This information is sourced from Wikipedia 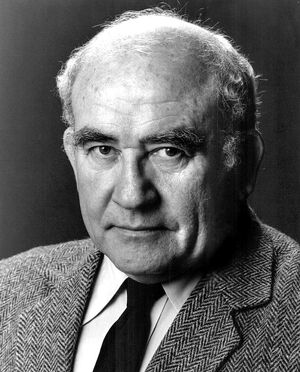 Asner was born on November 15, 1929, in Kansas City, Missouri. His Jewish Russian-born parents, Lizzie (née Seliger), a housewife, and Morris David Asner, ran a second-hand shop. He was raised in an Orthodox Jewish family.

Asner attended Wyandotte High School in Kansas City, Kansas, and the University of Chicago. He worked on the assembly line for General Motors. Asner served with the U.S. Army Signal Corps and appeared in plays that toured Army camps in Europe.

Asner was married to Nancy Sykes from 1959 to 1988. They have three children: twins Matthew and Liza, and Kate. In 1987, he had a son named Charles with Carol Jean Vogelman. Asner is a parent and a grandparent of a child with autism and is deeply involved with the autism nonprofit Autism Speaks. He served on the advisory board of a suburban Chicago firm that employs persons with autistic spectrum disorders to test and program software.

Retrieved from "https://thekaratekid.fandom.com/wiki/Ed_Asner?oldid=7486"
Community content is available under CC-BY-SA unless otherwise noted.