This information is sourced from wikipedia 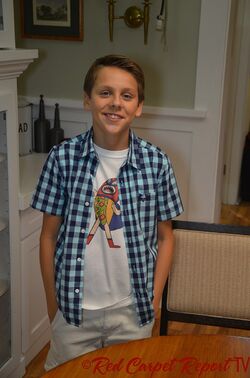 Jacob Bertrand is an actor known for portraying Eli Moskowitz in Cobra Kai.

Prior to his work for Disney, Bertrand had several roles in Nickelodeon productions: He was a regular on the sitcom Marvin Marvin, voiced the main character Gil in season 3 of the animated series Bubble Guppies, appeared as a minor character on the teen sitcom iCarly, and co-starred as Charlie on the fantasy-comedy film Jinxed. As of 2018, he appears in the YouTube Premium television series Cobra Kai.

Retrieved from "https://thekaratekid.fandom.com/wiki/Jacob_Bertrand?oldid=8317"
Community content is available under CC-BY-SA unless otherwise noted.