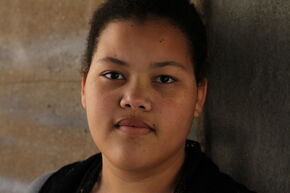 Nichole Brown is an actress known for portraying Aisha Robinson in Cobra Kai.

On September 17, 2019, actress Nichole Brown announced via Instagram that she will not be returning as Aisha in Season 3 of Cobra Kai, stating that "-they couldn't find a place to put me in [the scripts]."

Retrieved from "https://thekaratekid.fandom.com/wiki/Nichole_Brown?oldid=9607"
Community content is available under CC-BY-SA unless otherwise noted.