watch 01:50
Wiki Targeted (Entertainment)
Do you like this video?
Play Sound
The following information is sourced from Wikipedia 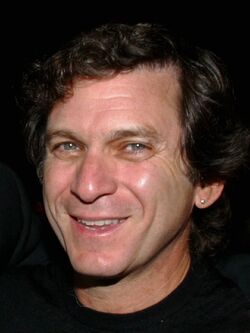 Robert Mark Kamen (born October 9, 1947) is an American Screenwriter, film producer and winemaker best known as creator and co-creator of The Karate Kid, Transporter and Taken franchises. Since 1999 he has produced Kamen wine from his vineyards near Sonoma, California.

Kamen grew up in the Bronx borough of New York City.[1] Starting in 1965, he took karate classes in Queens from instructor Ed McGrath.[2] He received a B.A. from New York University and a Ph.Din American Studies from The University of Pennsylvania.[3]

Kamen is a frequent collaborator of French writer/director Luc Besson—his co-creator on The Fifth Element, The Transporter, and the Taken series of films. The two first worked together on the Natalie Portman and Jean Reno thriller The Professional. After the success of The Fifth Element, Besson invited Kamen to join him in his goal of creating a "mini-studio" in Europe, making "movies that would travel, international movies, you know, action movies."

In 1980, after being paid $135,000 for his first screenplay (which was never produced), Kamen used the check to buy 280 acres of rocky land on Mount Veeder in Sonoma County, California. He hired winegrower Phil Coturri to make 46 acres into a vineyard in 1981. In 1984, the first grapes were sold to local winemakers. The vineyard suffered a fire in 1996, destroying half the vineyard. Kamen replanted the vineyard, and in 1999 he bottled his first Kamen-branded wine, a Cabernet Sauvignon. In 2002, Kamen hired Mark Herold to craft his wines.

Kamen lives on his vineyard in Sonoma County.

Retrieved from "https://thekaratekid.fandom.com/wiki/Robert_Mark_Kamen?oldid=21758"
Community content is available under CC-BY-SA unless otherwise noted.